Learning the fundamentals of Judo is one of the best things you can do to build an effective Brazilian Jiu Jitsu (BJJ) game (remember BJJ originally comes from Judo).

Because Judo is also a sport as well as a martial art, Judo can sometimes come across as having a limited ground game. This is not the case, however as in anything the rules of Judo have dictated how tactics and techniques have evolved. 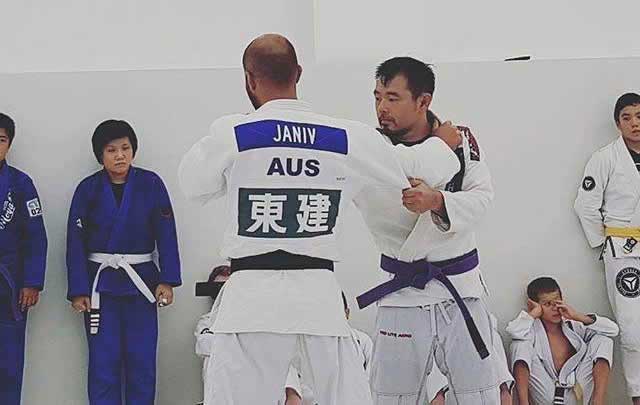 When we look at Judo many are keen to dismiss Judo’s ground game to be less effective due to the time they spend on the ground compared to that of Brazilian Jiu Jitsu, The truth, however, is that it is not a limitation of ability, rather a laser focused approach whereby time is of the essence. This allows for a much more explosive set of techniques that are focused on taking control and/or submitting your opponent fast.

In Judo we are not rewarded for moving through the positions as in BJJ, we are only rewarded for dominance on the ground which we show through holding/pinning, strangles and armlocks. The essence of Judo is to bypasses the need for an overly complex guard passing game by using throws to land in a position of dominance. The person that controls the throwing space controls the following ground exchange.

Take Osoto Gari for example. A good Osoto Gari as seen in the video below lands the player in the perfect position to capitalise on the ground.. If we look at the BJJ matches we see a lot of takedowns that land the opponent in the guard, of which they then have to pass. The Judo style takes this out of the game.

Students will learn gripping strategy, how to control your opponent standing, and learning to move to set up your attacks and takedowns, to end up in strong dominating position on the ground. Alongside this you will see the ground techniques Judo utilises in these situations to submit your opponent fast.

At Judo Matsu each class will begin with a specialised warm-up of natural movement and gymnastics, as well as essential movements and exercises that will aid the student in their ability to execute their Judo throws and transitions to the ground effectively.

We at Judo Matsu want to work with your Brazilian Jiu Jitsu skills and your experience. We will help you find throws and takedowns that work for you.